Tokyo FM broadcast a number of children’s stories after the earthquake and tsunami disaster in Japan, 2011. These stories were animated and then released as a DVD to raise funds for the victims and families of those affected by the disaster. Tatsuya narrated the story called ‘Treasure Contest’.

On the anniversay of the 2011 Tsunami, Horipro  relaunched the series on their Youtube channel.

Listen to Tatsuya’s story 「宝くらべ」(Comparing Treasures) below. It is the story of a fisherman who is given a gift that turns about to be a curse and who learns what is important in life. 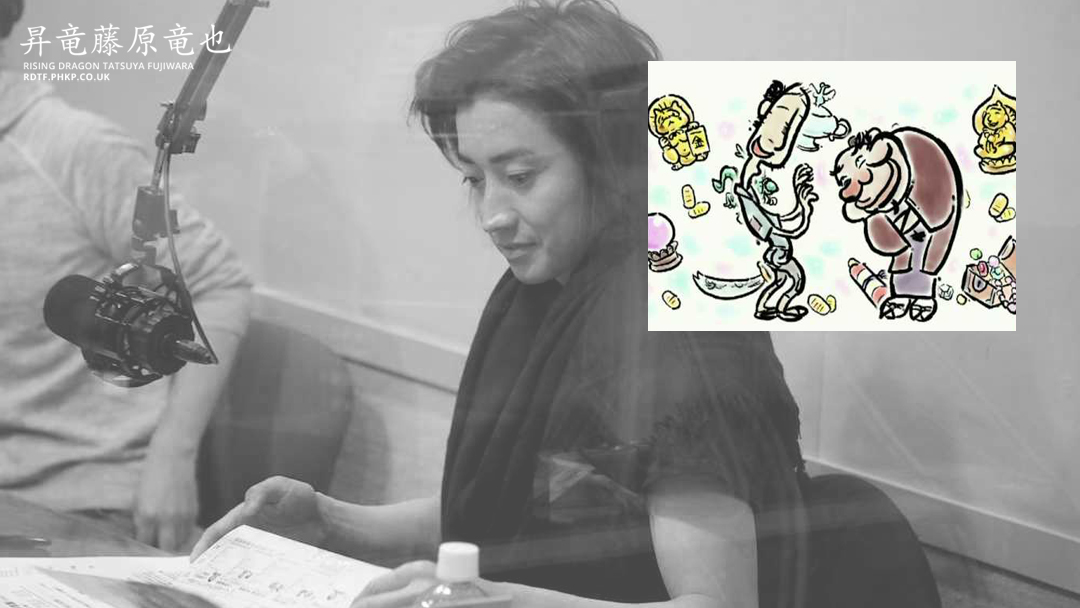