Emperor Kuzco is turned into a llama by his ex-administrator Yzma, and must now regain his throne with the help of Pacha, the gentle llama herder.

Tatsuya voices the role of Emperor Kuzco (originally voiced by David Spade) in the Japanese version of this animated film. 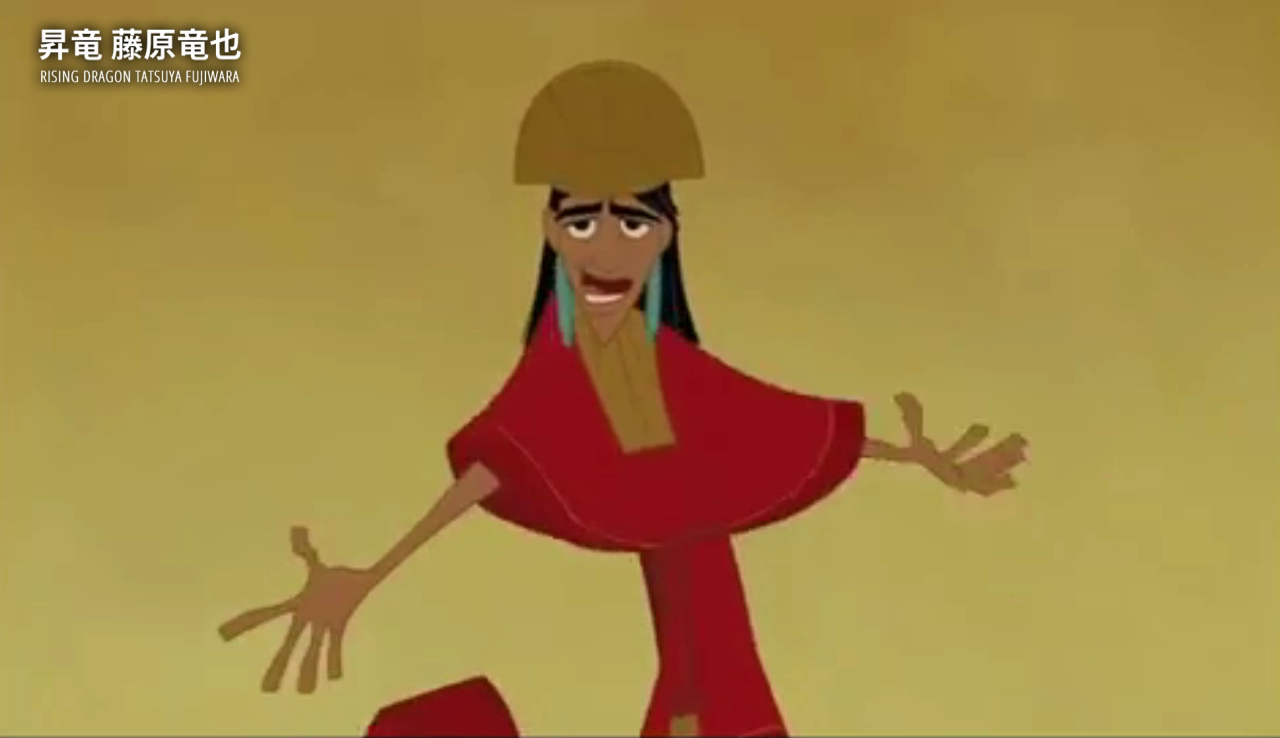