This is a special episode of Suntory Theater Zero-Hour, a program where a selected guest host will read a masterpiece on air. Tatsuya’s episode was about the novel ‘Beautiful Star’ by Yukio Mishima (1925-1970). Mishima is considered one of the most important Japanese authors of the 20th century.

The Osugi family consists of the father Jūichirō Osugi, mother Iyoko, son Kazuo and daughter Akiko. Over the course of the novel, the father comes to believe that he is from Mars, the son that he is from Mercury and the daughter from Venus. Jūichirō works as a weather forecaster, Iyoko joins a pyramid scheme selling water, Kazuo is a bike messenger and Akiko is a college student with a complex about her beauty. The family struggle, often in conflict, to address the threat of global warming. 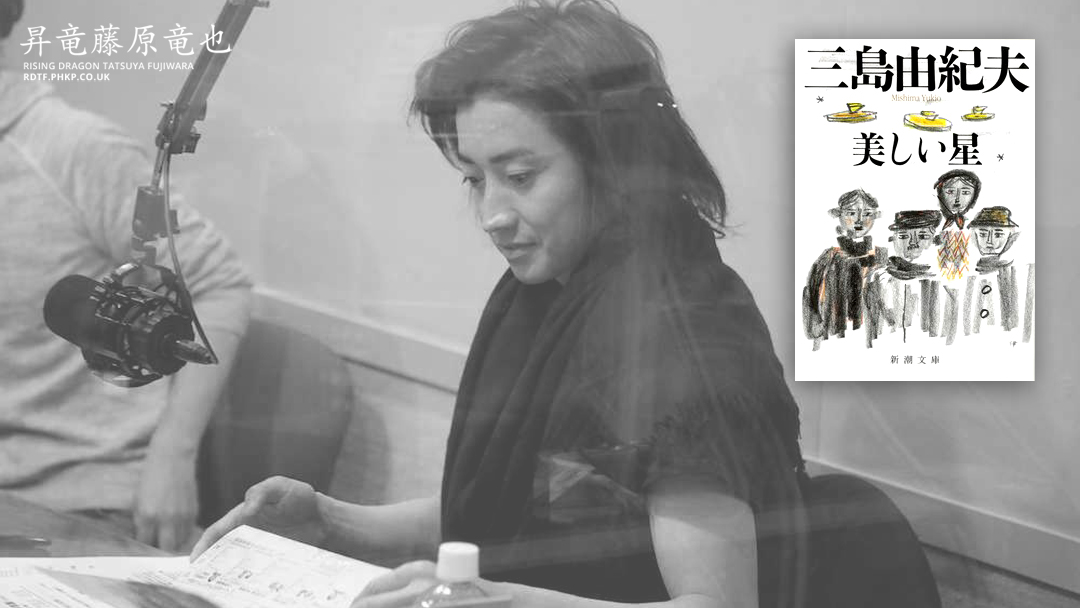