Lupin III: The First is a 2019 Japanese 3DCG comedy action-adventure heist anime film based on the Lupin the Third franchise with a story by Monkey Punch.

Set during the late 1960s of the Shōwa era, the film follows gentleman thief Arsène Lupin III and his eponymous crew from Paris to Brazil to find the whereabouts of the Bresson Diary, a treasure even Lupin’s grandfather Arsène Lupin failed to catch[3]. A battle for the mechanical diary is unleashed as a treasure-hunter group led by Lambert and Geralt are also in a race to steal it, with the prize that whoever deciphers its mystery will be the owners of an enormous fortune.

Tatsuya voices the role of Geralt. 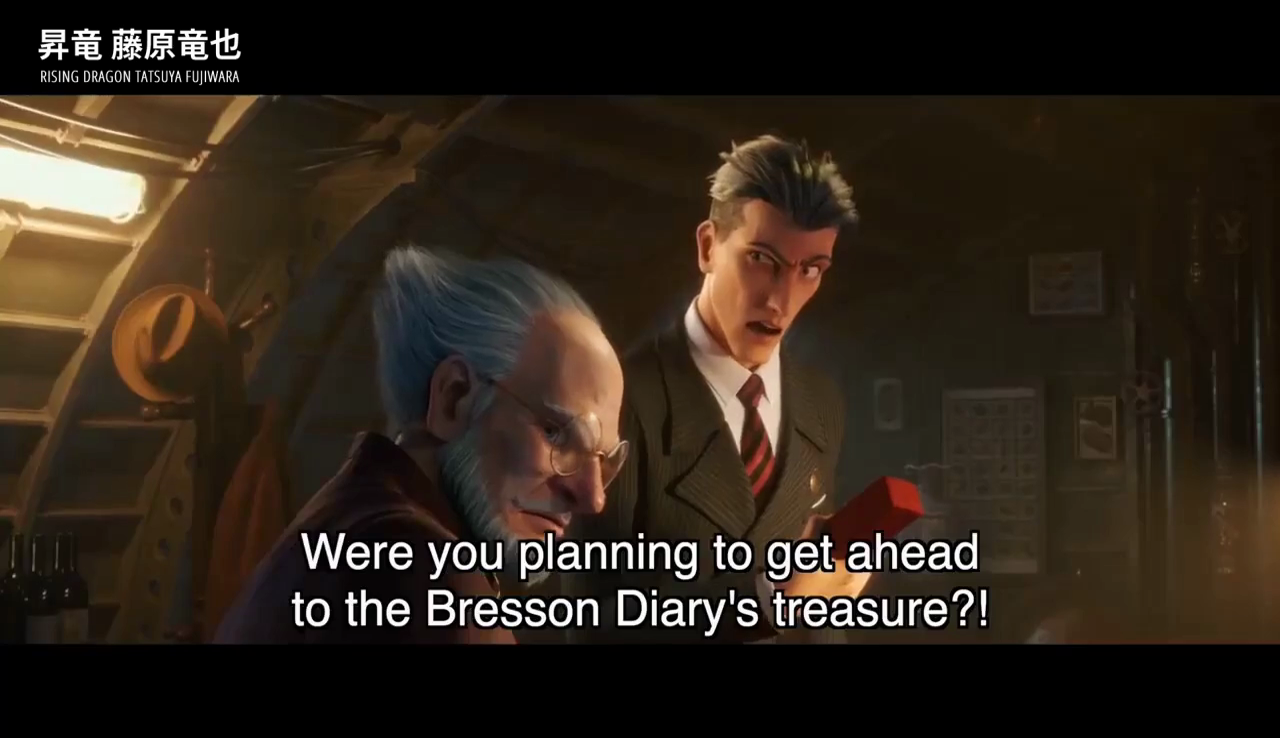