Tatsuya announced on his birthday that he is currently working on filming a new movie directed by Mika Ninagawa. 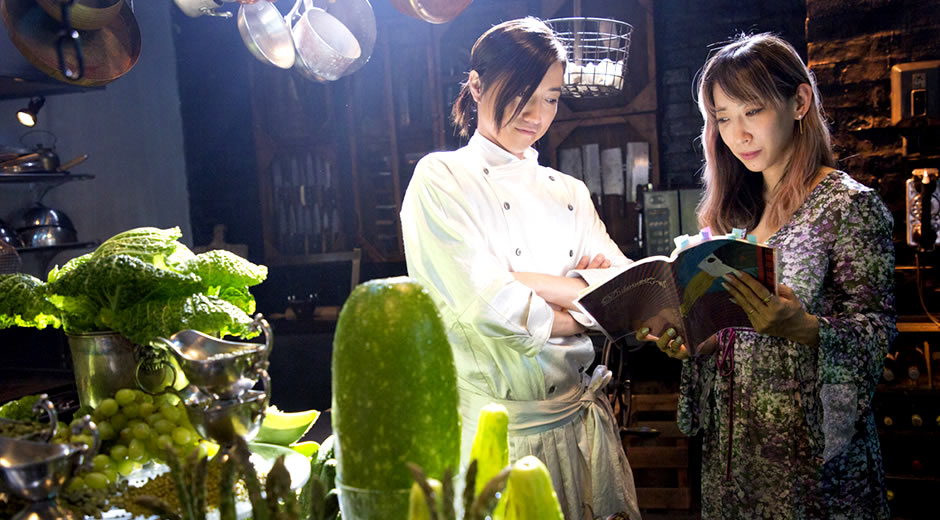 Tatsuya announced on his birthday that he is currently working on filming for a new movie production. 「Diner ダイナー」, a suspense based on the 2012 novel by Yumeaki Hirayama, will complete filming in June 2018 and is set to be released in Japanese cinemas in 2019.

The story follows Kanako Oba, who, bored with her clerical job responds to an elusive online advert for part-time work which “may entail some risk”. Hired by a couple to be the driver of the getaway car in a cash heist, she soon finds herself entangled in a nightmarish world, gets nabbed by a gang of men and is about to be buried alive in a hole she herself has dug, when an unidentified benefactor pays for her deliverance. She is taken to a mafia-run restaurant owned by Bombero (Tatsuya), a former hit man turned master chef whose only clientele are assassins. Kanako is to work as a waitress under the one condition that if she disobeys him, she will be killed on the spot.

This will be the third film directed by acclaimed photographer and film director Mika Ninagawa (who is also the daughter of the late Yukio Ninagawa), and the first time Ninagawa and Tatsuya will work together. When the movie was announced, Ninagawa posted  photo together with Tatsuya on her instagram account:

On his role, Tatsuya commented, “It will be the first time for us to work together, but even though it may present challenges it will also present many possibilities. Mika is a director with a strange charm. It is a different movie for me, and the character is also quite unique, so I am looking forward to the role. Regarding cooking, even though I find it difficult in real life, I believe Mika will present it well!”

On working with Tatsuya, Ninagawa commented, “I feel it was destiny to be able to produce my third film with the first male star, Tatsuya Fujiwara. If I got to work with Tatsuya some day, I wanted it to be a big project. I was convinced when I read this story that it was the one. Tatsuya is truly amazing. He gives both an overwhelming sense of security and adventure at the same time. Every day I realize that we are making something that has never been seen yet. I will work hard!”