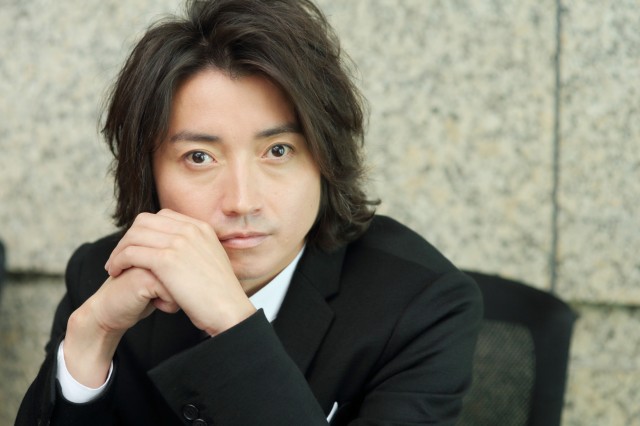 Tatsuya was born on the 15th May 1982, in Saitama Prefecture (Japan) and began his acting career as a stage actor.

His first performance, at the age of 15, was in Yukio Ninagawa's production of Shintokumaru (1997), where Tatsuya was chosen as the lead part after auditions were held earlier in the year. His part was previously played by Shinji Takeda (Gohatto, The Happiness of the Katakuris), but when the play was brought to the Barbican Theatre in London (October 1997), and Takeda could not perform, it was decided that there would be an audition for the role.

From 5,537 candidates who each applied for the role, Tatsuya was outstanding. Each hurdle that was thrown at him, he overcame and even when he fell ill before the performance (hurting his back), ignoring Ninagawa's attempts to make him stay in bed and recover, he insisted that he played his part.

Ninagawa chose Tatsuya for the lead role because he stated that even though Tatsuya was very young and new to acting, he brought a fresh approach to everything, his accuracy and enormous concentration when acting is something that was very rare in young actors at that time, and still is.

Many fans of Tatsuya & critics alike are drawn to his ability to create an intensity, that when you are watching him perform (in theatre, dramas, movies ...etc) you cannot help but watch his every move. Almost always, audiences are amazed that he is so complex and mature in his performances, and yet so young.

Since Shintokumaru, Tatsuya has worked with Ninagawa on many more occasions, as well as acting in a collection of TV dramas and movies. Perhaps his most recognisable character internationally is Shuya Nanahara in Fukasaku Kinji's film adaption of the cult novel Battle Royale. (Sidenote from Pan: This was the film that first introduced me to Tatsuya. I remember very well watching it and being very moved not only by the message the film projects - but also by the sensitive nature that Tatsuya brought to his character. Having now read both the novel and also the manga adaptation, I still feel that the movie will always be very special to me!)

Currently Tatsuya is gaining alot of fans through the movie adaptions of the popular manga 'Death Note' also, in the live action versions of popular manga series 'Kaiji' and 'Rurouni Kenshin'.

In 2007, for 5 months, Tatsuya moved to England to study the English Language and attend various Stage Productions around the United Kingdom. Upon arriving back to Japan it was announced that Tatsuya was going to be part of Gregory Doran's (The Royal Shakespeare Company) production of 'The Merchant of Venice' (playing the character Bassanio) touring in Japan. Tatsuya, although feeling slightly rusty due to the time away, expressed an eagerness to play his part and felt tremendous tension and expectations. When asked to comment on the reason for his break, he replied "it was something I needed to do to grow as an actor."

In 2009, Tatsuya returned for a stay in London, England prior to the rehearsals of a second collaberation with Gregory Doran (RSC) of a production of 'ANJIN: The English Samurai'. A role in which Tatsuya's hard work to study English paid off as he portrays a young (English speaking) Christian called Dominic, the production was set to tour around Japan, England and feature in the New York Lincoln Festival in 2010.

In 2013, Tatsuya held a press conference to announce his engagement to his (now) wife. When asked why he was announcing the engagement, he said "Though this is a private matter, I would like to make an announcement to my fans that I am getting married this year to a woman who I've been dating for nine years." Reportedly, Tatsuya met his wife through a common acquaintance back in the summer of 2004, and they began dating shortly after. Tatsuya said, "It's good timing as this year would be the tenth year since we started dating. She supported me during my hard times with acting and filming, so I thought it is time (for marriage)." He also spoke about the past nine years, "For me, it has gone in the blink of an eye. I'm grateful to her for staying with somebody like me for this long." He also stated that they had already been living together for the past six years, and, when asked what she is like, he answered, "She is a modest and kind person. She is a woman who has always stayed by my side, and supported me. I can't think of anybody who she resembles. She is more like a small animal, kind of like a meerkat. I wonder if she would get angry that I said that(!)"

In June 2016, Tatsuya's fanclub announced the birth of his first child. The gender and exact birthday of the child have not been shared due to respect for Tatsuya and his wife's privacy. Tatsuya wrote, “This is a personal matter, but I have been blessed with a healthy child. The members of my family that I need to protect have increased, so I will need to work even harder than before to remain focused in my work. Please continue to cheer me on.”

Tatsuya's family are very private and not much can be found out about them, but it is reported that his close family consists of his father, mother, an older brother and an older sister. Tatsuya is the youngest of his siblings (with quite a big age gap), and apparently became an Uncle at the young age of 11. Tatsuya's mother, who he is said to resemble, ran or runs a coffee shop in Chichibu city. Not much is known about his father.

According to Tatsuya, he got his break when he was playing with a friend in Ikebukuro at the age of 14 when he was approached by a female Horipro employee who handed him a flyer advertising auditions for the theatre production of Shintokumaru.

During the first round of the application process, Tatsuya's application actually got rejected. However, the Horipro employee remembered his name and moved his application from the 'rejected' to the 'accepted' pile, which allowed progressed him to the  audition that eventually awarded him the role (over 5,537 other applicants). He has expressed eternal gratitude to that female employee for seeing something special in him and helping to launch his career!

Tatsuya moved to Tokyo and enrolled in Horikoshi High School, but dropped out just four days into his first year at the age of 15. With his role in Shintokumaru due to perform in London, he didn't feel he could balance the role of 'prodigy stage actor' and academic. Tatsuya has never studied at University, and says for him, he hasn't ever regretted his decision to finish formal education at such a young age.

At the age of just 20/21, Tatsuya was the youngest actor to perform Hamlet on stage (in his first of two Yukio Ninagawa company productions of the famous Shakespeare play). Tatsuya reprised his role again in 2015 at the age of 32/33.

Tatsuya has worked with esteemed director, the late Yukio Ninagawa a total of 13 times (in various theatre productions as well as the film 'Snakes and Earrings'). Tatsuya has also worked with Ninagawa's daughter Mika Ninagawa twice for her movies 'Diner' and 'No Longer Human'.

Tatsuya lists among his favourite sports; darts and surfing. He was also very good at football as a child.

Tatsuya has said that he is a very poor swimmer and can't swim more than 25 metres. He is also afraid of heights and dark places.

Tatsuya is a super huge fan of Japanese singer-songwriter Tsuyoshi Nagabuchi. In 2007, when Tatsuya attended a concert of his, Tsuyoshi brought him up on stage to sing one of his songs together.

Then, in 2010, Tatsuya was invited to narrate a documentary about his favourite musician called 『長渕剛 30th Anniversary BOX〜PREMIUM of the DOCUMENT』!

Tatsuya has been a smoker from a very young age (which probably accounts for his unique voice). His favourite brand is KOOL menthol cigarettes.

In an interview in 2015 he is quoted as saying "My hobbies are smoking, drinking, gambling - my personal life is like real Kaiji".

In September 2013, Tatsuya announced that he was getting married. He met his wife (who is not a celebrity and prefers to remain private) in the summer of 2004 and Tatsuya stated that their decision to marry was due to it being 10 years since they began dating.

He said, "She supported me during my hard times with acting and filming, so I thought it is the time (for marriage). I'm grateful to her for staying with somebody like me for this long. She is a modest and kind person. She is a woman who has always stayed by my side, and supported me". When asked who she looks like, he answered, "I can't think of anybody who resembles her. She is more like a small animal, kind of like a meerkat. I wonder if she would get angry that I said that".

On June 16 2016, Tatsuya announced that he and his wife had their first child. Tatsuya said, "As I've gained another family member to protect, I will brace myself and devote to my acting career. Please continue to support me."

(photo of Tatsuya as a child, as he prefers to keep his family life private)

Tatsuya writing his autograph for a project to raise money for victims of the 2011 Japan Tsunami (there were braclets sold with Tatsuya's signature).

In the back of Tatsuya's photobook 'Ima no Ore', it reads 'Fujiwara Tatsuya' in Kanji.

The exact origin of this message is unknown, as is the year it was written. It reads:

You Won, you got it!! This event was so cool.
How do you guys feel about this event?
Let's do it again.

This lovely heart was drawn by Tatsuya for his Dragon Arrow fanclub. The message reads:

Thank you (on the right) and is signed Tatsuya (on the left).