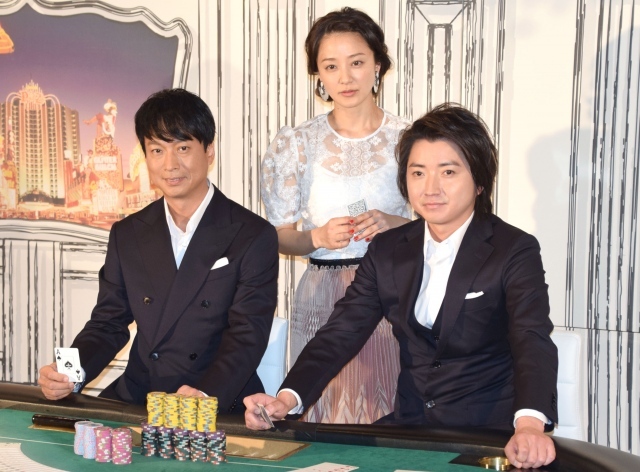 Actors Tatsuya Fujiwara, Kippei Shiina and Noriko Nakagoshi have appeared in Tokyo for the press conference of ‘Rain Man’. The new stage production will see Tatsuya star as the character of Charlie Babbitt (popularised in 1988 by Tom Cruise in the film of the same name).

During the conference, Tatsuya was questioned about Kippei Shiina, who will play his older brother Raymond, an autistic savant.

On Tatsuya’s first impression of Shiina, he said “he is a senior who is reliable, I want to learn various things from Kippei-san” with a look of envy. Although Shiina was a little shy to admit, he said, “I thought that Fujiwara-kun is a masculine adult” to return the compliment.

The stage production is based on the screen play by Dan Gordon, and will show from 20 July – 4 August 2018 at the New National Theatre, Tokyo.