WOWOW announces a new movie & drama series starring Tatsuya, based on the novel The Sun Does Not Move by Shuichi Yoshida for 2020 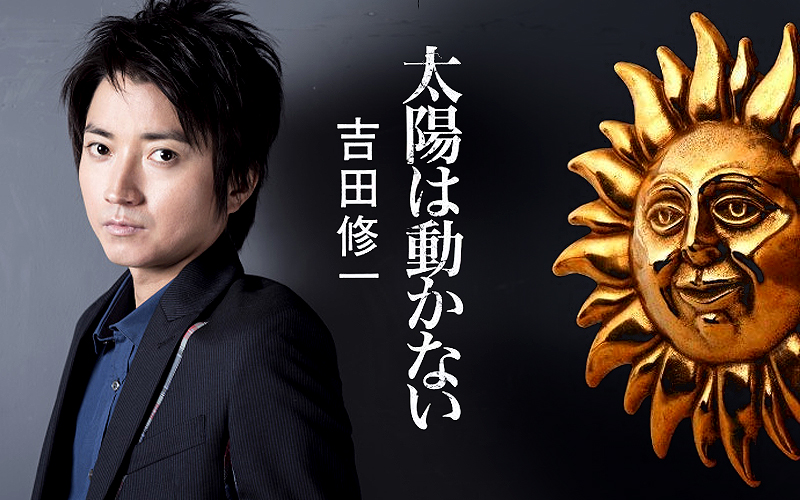 It has been announced today that Tatsuya will star in the leading role in an upcoming large-scale movie & drama series project based on the suspense novel ‘The Sun Does Not Move’ (太陽は動かない / Taiyō wa ugokanai), by Shuichi Yoshida.

Based on the novel, written in 2012, this series will be produced by WOWOW and is set to be released in 2020. Dubbed as the “Japanese Mission: Impossible”, this project will be packed with overseas location shoots and spectacular action scenes and challenges, which have previously been considered impossible to visualize.

The movie & drama series will be directed by Eiichiro Hasumi (this is the first time Tatsuya has worked with Hasumi). This will be the second time that Tatsuya has appeared in a dramatisation based on one of Yoshida’s novels. In 2010, Tatsuya starred in the movie adaptation of his novel Parade (2002).

In ‘The Sun Does Not Move’ (literal translation), Tatsuya will star as Kazuhiko Takano, an industrial spy who is involved in a huge conspiracy behind solar energy development. The story also depicts the darkness of politics.

It has been reported that, in order to rise to the challenge of a hard action-packed role, Tatsuya has been regularly visiting the gym since June, so he can work on a full-scale muscle training regime. The filming will take over half a year, and will begin shooting in early 2019. The movie will be released both nationwide (throughout Japan) but also talks of international screenings have been planned.

“The Sun Does Not Move” It has been decided that I am cast as the leading role Takano Kazuhiko.
This is the second time since “Parade” that I have worked with Shuichi Yoshida’s work, and the first time working with director Hayashi Eiichiro.
A challenge to work in between the unknown world of movie and & WOWOW drama series.

I am thrilled on an overwhelming scale.

As of yet, no other cast members have been announced. Stay tuned for more news in early 2019!