This site began life way way back in 2003 (it was first launched on 26th April to be exact). At first it was just a few pages of information and images about Tatsuya as part of a bigger collective of fansites. Then, as it grew and started to be more of a current news site about Tatsuya and his work, I decided it should have its own separate dedicated site and was given the name of Rising Dragon Tatsuya Fujiwara (aka: 昇竜藤原竜也 or RDTF).

If you have followed RDTF since its early beginnings, you may have noticed a few changes over the years. It used to be hosted on geocities.com, then pluh.com, and now on its own domain (phkp.co.uk). 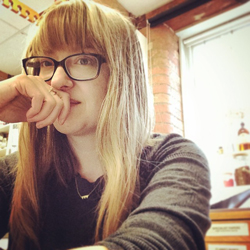 I first saw Tatsuya (like most fans from the west) in Battle Royale. I was blown away by his emotional portrayal of Shuya and needed to find out more about him. It was then I noticed there weren't many fansites dedicated to him, and none were in English - so I decided to create one. And the rest is what you see before you today!

In 2013, I took a break from the site すみません (_ _). My decision to do this didn't happen over night, I had felt for a while that I didn't have enough time to dedicate to updating RDTF and it was a feeling that 'something's got to give' and so unfortunately, I put RDTF to one side. I spent my time away from the site seriously considering what to do as I had given a lot of time and energy to building it (by this time, RDTF had turned 10 years old). I thought sometimes that I might leave the site online as a shrine to Tatsuya, at other times I thought it would be better to delete it all...

But, by chance in January 2015, I decided to look up and see what Tatsuya was doing. I went onto his official website and saw that he was coming again to London to perform at the Barbican (this time in Hamlet)! I bought the tickets straight away and since then, I have been working on the site you now see before you. A new, re-boot of RDTF; one that I hope will provide more news, information and updates about Tatsuya than ever before! I hope it will be an information database as well as a place that English-speaking Tatsuya fans can share together. This time, I'm not going to put any pressure on myself, and update as and when I can so that it is still a fun place for me to be involved in too!

A little more information about me:

My full name is Pandora but mostly everyone knows me as 'Pan' (パン).

I was born in 1985, in Derbyshire (United Kingdom). I am half Scottish and half English.

I am a freelance illustrator and website designer/developer as my full time jobs. I also co-run an open access printmaking studio (with my mother) at which I am the general administrator and screen printing tutor (among other things) - this is why I don't have much spare time!

I love cats. My family has always fostered/adopted and taken in stray cats since I was little. We currently have 8 cats.

I first 'found' Tatsuya after watching Battle Royale. I collect postcards, and had picked up one for the movie in our local indie cinema (only because I recognised Takeshi Kitano!). It is a poignant memory for me because it was the day before my Grandmother's funeral - we had rented the DVD the week before - I couldn't sleep, so I watched it for the first time that night. This was the first time I saw Tatsuya, and I have been following his work ever since.

In 2010, I saw Tatsuya on stage for the first time! I went to see the London performance of Musashi on 6th May. I was in the front row, which - even though it meant I had to crane my neck to read the sur-titles to either side of the stage - was absolutely brilliant! I was literally an arms length away from Tatsuya and the other actors throughout the whole performance and have to say it was so captivating I had to remind myself to blink most of the night.

In 2015, I saw Tatsuya perform on stage at the Barbican a second time (this time in Hamlet). Knowing the story of Hamlet, and having a better grasp of Japanese, made it much easier to focus on the beautiful stage and actors. I was a little further away, up in the side balcony, but the performance is one I will remember for the rest of my life.

Whilst I do not foresee that I will ever the wonderful man himself, I will continue to support Tatsuya for as long as he continues to work and hope that this site offers a place of community to other fans of Tatsuya and his many wonderful accomplishments.